"White" is the New Black


Everywhere I turn, someone is asking me if it’s ok to wear “white,” even though it’s not quite Memorial Day and far off from Labor Day.  My response, “white is the new Black”.

Fashion has come a long way baby and wearing white each and every season “appropriately” is and has been trending since the late 90’s.  Tom Ford introduced the “Winter Whites” when he joined my ol’ employee and conglomerate of LVMH’s, GUCCI. 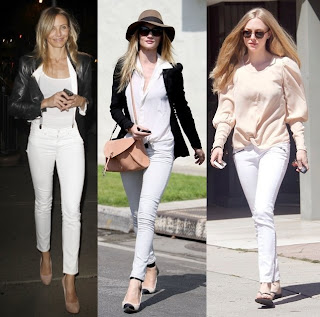 Since then, fashionistas young and old have been sporting white, from ski suits to trousers, fur boots, sweaters and more.  Think GUCCI meets Gorsuch in the cooler months. Bring out a white turtleneck and jeans with furry white boots in the winter, for that “ice-princess” look.

Now that temperatures are rising, there is no better time to keep your cool than in white.  My Mother raised us with the old adage, “it’s inappropriate to wear white prior to Memorial Day and NEVER after Labor Day.”  Those days and that stigma have since done their time.  Even my fashion police mother now proclaims that if the thermometer reads tropical, “then I’m wearing white…it keeps me cool”.

“Cool” is no doubt an understatement.  Even white cars are replacing the old “safe” black ones.  I spy them everywhere I turn.  It’s such a crisp and refreshing change.  In fact, I picked out a new white car for my husband Derek, just a few months ago.  Little does he know how COOL he is!!  Ha, Ha!

So on that note, break out the whites and wear them with confidence.  You are only as believable and as “COOL” as you look! 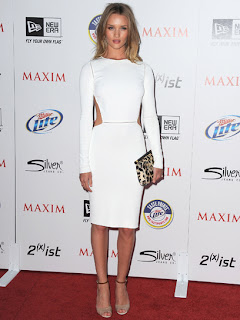