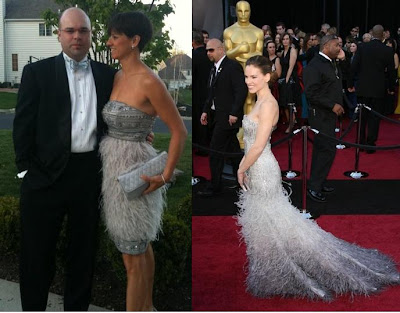 Last Spring I attended a ball and auction for my son’s school fundraiser.  Like most woman I was on a mission!   But if you break the mission down, it’s not just about finding a dress or, for that matter, “any old dress”.  No woman desires to have on a dress that someone else has worn and take the risk of being “upstaged!”  That would be a fashion crime at best.  What do I desire?  Originality and fresh fashion forward styles and colors.  That means being ahead of the game.

For the “fashionably challenged,” I know first-hand this is tough.  As a Former Personal Shopper/Stylist at Bergdorf Goodman in New York City I witnessed the struggle daily.  With rigorous training from the world’s elite couture designers, I have been trained to do it blind folded.

For some, it just comes naturally; for others, it’s a trained eye.  Trained-eye you say?  Yes, and you can have one too.  Yes, you can, but you have to want it badly enough.  Like any skill, it takes time, patience and repetition.  It’s not something you develop overnight.   Okay, some might say I was “born to shop” but the truth is, I was trained to shop by my fashionable parents, my own ambition and by fashion professionals.  There was a time I was embarrassed of such a skill but today, I’m confident. I earned it, I own it, and I’m no longer afraid to say it.  For me, I consider the challenge an art form.  Working in the fashion industry in New York City is a “dog-eat-dog world,” big time.  It’s “do or die!”  I worked my way up 5th Avenue to Bergdorf Goodman, the crème de la crème of all shopping experiences, and believe me, it wasn’t easy.

What’s my secret to style success?   First, I have a tendency as a perfectionist to hyper focus on the task at hand.  So how did I perfect it?   I honed in on what everyone was wearing on the streets, and how they were wearing it piece by piece and layer upon layer.  I read top fashion magazines, blogs such as Daily Candy, “Page 6” of The New York Post and WWD just to name a few.  I read on the subway, in my office on my lunch break (when I wasn’t shopping of course) and in any spare time I had.  I studied the photographs, the trends, seasonally attended fashion week, and most of all, I paid close attention to what the “Socialites” (or to be politically correct, the “philanthropists”) were wearing down to the minor details.  Why?  It’s because they know the designers personally.  They are the designers walking advertisements, therefore the “trendsetters.”  Town and Country Magazine was, at that time anyway, notorious for their montages of “social events” and I was right on it, studying every inch of every shot.  From there it trickles down.  Obviously not everyone can afford the “original” designs  so the more modest end designers were watching and studying just as I was and copies would be flying off the unfortunate “sweat shop” assembly lines a dime a dozen.  By the time the copies would reach the general public, the walking advertisements were already a season or two ahead.

What’s the moral of my story?  Fashion is not to be taken lightly. With a little self discipline and know-how and some of my “insider info,” you too can be fashion forward and “the Belle of the Ball!”  Just pick up a magazine or newspaper,  it’s there just waiting to educate you!

Shop til’ you drop!